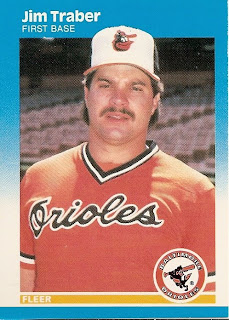 Why do I watch just any old baseball game, as long as it's televised? It's a question that my family often asks. But you never know what you'll see or hear. Take for instance tonight's Cubs at Astros game on WGN, which has carried on into the tenth inning as I type. A few innings ago, the announcers were discussing the Astros' demonstrative closer, Jose Valverde. Former Arizona manager (and current WGN color man) Bob Brenly shared an amusing anecdote involving Jim Traber, who has called some games out in the Copper State. When Valverde was throwing smoke for the Diamondbacks, Traber got caught up in the excitement and coined a new nickname for the pitcher: Papa Grande. In his mind, he undoubtedly thought that if David Ortiz was Big Papi, Jose was the new big thing. Grande does sound cooler than Big, to be fair. But if you know your Spanish, you've already figured out that Papa Grande actually means "Big Potato". As far as nicknames go, that's pretty hilarious, and "Papa Grande" stuck with Valverde. I wonder how much pride Jim Traber takes in coining the moniker.
Posted by Kevin at 11:24 PM

You watch any game because you love baseball. I don't see why that's so difficult to understand. But I get that question a lot.

If I watched the Dodgers and only the Dodgers, I don't think I'd be much of a baseball fan.

I remember when Traber did that. It was quite amusing. Traber was actually pretty funny as an announcer. I don't know where he ended up after the D-Backs let him go.

I really enjoy watching other games, and a big reason is the announcers. Baseball just leaves itself open for such good banter. And as far as other teams go, the Cubs have one of the best announcing crews, conversely the other WGN crew for the Chisox is extremely annoying. Just can't take Hawk Harrelson.

I really enjoyed spring training on MLB network, got to see all kinds of broadcasts that I hadn't seen or heard before.

That is a hilarious nickname.

And I love watching any baseball game that is televised too, especially assuming the O's aren't playing. Which is why the first week or two of the season is great for me. If you subscribe to DirecTv, you get the MLB package for free right now, so I was watching the game mix channel last night with 5 different games going for a couple minutes. AWESOME.

night owl - Yeah, I'm sure they understand that I like baseball, they're just not as enthused about it themselves.

deal - I feel fortunate that the O's brought in Gary Thorne to call their games. He sounds professional and authoritative, but he also has a lot of fun. He and Jim Palmer have great chemistry.

Orioles Magic - I miss the days when TBS still had the Braves. For a year or two in the mid-90s, we also got WWOR and Mets games. I soaked up as much baseball as I could in those years.