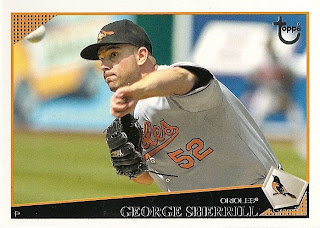 April is the absolute worst time of the year in my office. The phones are ringing, my inbox is popping on a regular basis, and the fax machines don't ever stop churning out paperwork for me to process. It's always freezing cold in that place, but for a few weeks I find myself flushed and sweating as I jump from one task to another. Yesterday I sat at my desk, sarcastically grousing about this and that, my boss just laughed and said that it sounded like I needed a vacation. It's easy for her to say; she's heading to New Orleans next week. No such luck for me; the carrot on the string is a weekend filled with a friend's wedding and a bus trip to a wrestling pay-per-view (more on that later).

As if this week weren't miserable enough, the weather has been awful in the mid-Atlantic. Temperatures have dropped into the 40s, and it's been raining steadily for the last two days. I certainly didn't expect to be bundling up in my ragged winter coat, scarf, and earmuffs after Easter. At 6:30 last night, I got off of the train and walked into a spitting rain that was so light, it was almost pleasant. At least that's what I tried to tell myself, since I'd left my umbrella in the office. I spent the short walk to my car imagining that it was July, and that I was back in Ocean City, feeling the salty spray of the Atlantic Ocean on my face.

Last summer, my family had barely unpacked three carloads of cargo at the two-story apartment we were renting on the Boardwalk when I compulsively flicked on the Orioles-Nationals game. In the 12th inning, the O's were on the verge of breaking their bizarre Sunday losing streak. George Sherrill, brought in to protect a 2-1 lead, got two quick outs before walking Dmitri Young. No worries, as he got two strikes on Ronnie Belliard in the blink of an eye. After an incredibly borderline pitch was called a ball, disaster struck. The next offering from the flat-billed Baltimore lefty was absolutely blasted over the left field fence. Game over. In another week and a half, the Birds would slip under .500 and keep sliding for the rest of the summer. Back in the moment, I was irate, and desperately casting about for a place to direct my anger. The umpire blew it by not ringing up Belliard on the previous pitch. Sherrill blew it by tossing such a meatball pitch on a 1-2 count. Belliard was a dirty, showboating so-and-so for posing at home plate to watch the flight of the ball before breaking into his trot. My vacation was off to a tainted beginning.

Fortunately, even I don't take baseball seriously enough to let it ruin an entire week at the beach. I spent the rest of my time there watching very little of the Birds (my sister got text-message updates every time the score changed anyhow) and getting plenty of sun, rest and relaxation, and refreshment. But George Sherrill plugged along, and has retained his closer's role into 2009 in spite of himself. Watching his half-cocked tightrope act over the past two nights, I alternated between hissed curses and frantic pleas to get just one more out, for the love of all that is holy. In the end, he (and his harried outfielders) did just enough to pull out a couple more surprising early-season wins. I have to admit that tonight I would kill to watch him work his terrifying magic, if only because it would mean that the O's weren't losing 15-4...ugh.

I hardly ever get to see the O's on the tube. Watched Tuesday night. GS had me pacing the floor. And for an April game. He's another Don 'Fullpack' Stanhouse.

I agree - Sherrill would have me smoking several packs, and I don't smoke. I was watching the second game of the season against the Yankees and I had to leave the room in the middle of the ninth inning. I came back and watched it later on my TIVO only after knew the final score.

Yes. Sherrill leaves me mad. I was in attendance for the KC game where we too had a one run lead into the 9th. Sherrill promptly gets two outs before giving up the game tying homer. We lose in extra innings. I'm still trying to figure out how he's been our only all star and why he's still our closer?

After his nail-biting "saves", several team members congratulate him with this greeting: "Never a doubt, Georgie." Sarcasm is apparently in plentiful supply in Birdland.