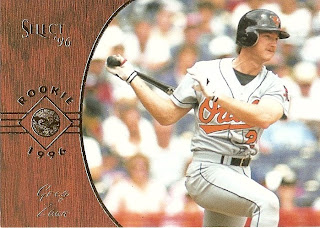 With the Orioles deciding to do without Kevin Millar's boisterous clubhouse leadership (and 87 OPS+) in 2009, there was some question about who would keep the team loose. Unsurprisingly, the great and mighty ZAUN has taken some initiative. It was recently announced that the O's were reviving the kangaroo court, an old tradition that was originally brought to Baltimore by Frank Robinson. Naturally, the team's veteran catcher will be the judge.

In case you're unfamiliar with the concept of kangaroo court, it's a mock trial system that takes place after games. A player will be charged with some offense great or small. Maybe Ryan Freel forgets how many outs there are in an inning, or Luke Scott breaks out a particularly ugly dance move in the dugout. (In a famous example, Frank fined Brooks Robinson for "showboating" in the 1970 World Series, when he won the MVP!) The accused pleads his case to the court, and then the judge (ZAUN) renders his judgment. The sentence is usually a small fine, which will go towards charity or dinner for the players...or both. It's a fun opportunity to promote team chemistry and keep everyone on their toes.

With "Baltimore" reappearing on the road jerseys last night, it's nice to see another piece of the good old days coming back to Birdland.
Posted by Kevin at 10:58 PM

I really hope we get to see a lot more of the "showboating" fines as opposed to the "bonehead" fines that would have been quite prevalent in recent years.

I'll drink to that!