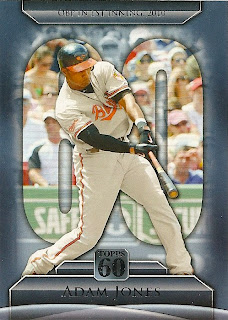 Once again, Orioles pitcher and Netherlands native Rick Vanden Hurk has spearheaded an offseason promotional tour of Europe by major league players. Accompanying him are teammate Adam Jones, as well as Roger Bernadina, Mike Stanton, Dexter Fowler, Greg Halman (who is also from the Netherlands), and Prince Fielder. Oddly enough, ex-big leaguer Bobby Bonilla is along for the trip as well, which I learned when A.J. tweeted this photo from Prague: 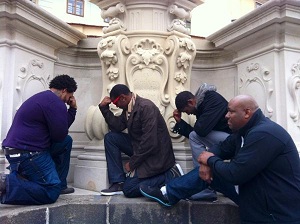 From left to right, that's Prince, Adam, Dexter, and Bobby Bo. Yes, the three active players are "Tebowing". Ugh. No idea what Bobby's up to, but he certainly looks like he's enjoying himself. The tour started in the Netherlands and will conclude in Italy this weekend. If you 're bilingual, you can find out more at europeanbigleaguetour.com.
Posted by Kevin at 8:57 PM