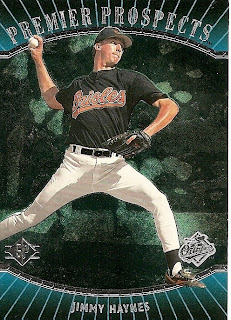 As September begins, the roster expands from 25 to as many as 40 players, giving teams a chance to rest regulars worn down by the 162-game marathon. More importantly, young players from the top levels of the farm system get a chance to show what they can do. This is of utmost importance to those teams who are far out of contention, as the Orioles regrettably find themselves once more in 2008. (Just like 1998 through 2007...sigh). Of course, none of the top prospects who have set O's fans' tongues a-wagging will be auditioning for the 2009 Birds over the next four weeks. Matt Wieters and Chris Tillman are not being rushed along. Brad Bergesen is probably being kept at AA Bowie for that team's playoff series. Nolan Reimold will be rested before reporting to the Arizona Fall League. So as this team completely falls apart at season's end once more, we're reminded that a true contender in Baltimore is still that much farther away.

Of course, sometimes an exciting September debut doesn't amount to much. In the final month of the 1995 season, righthander Jimmy Haynes seemed to put the American League on notice. He three-hit the Red Sox over seven innings in his debut, taking a tough-luck loss. Haynes earned his first career win five days later, striking out eleven Tigers in seven and two-thirds innings. In all, he was 2-1 with a 2.25 ERA and a 0.96 WHIP. But Jimmy fell hard in 1996, and never regained his footing in Birdland. He would rebound with double-digit wins for three separate teams in a ten-year career, but some part of him must have been looking to September 1995 at all times.
Posted by Kevin at 11:52 PM