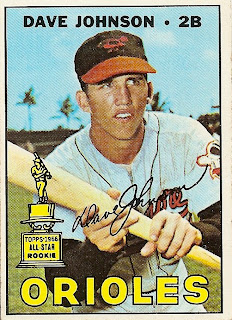 Will he or won't he?

It seems like every time there's a managerial vacancy somewhere along the Beltway, Davey Johnson's name is on everyone's lips. It makes sense. He was a three-time All-Star and three-time Gold Glove second baseman for the Orioles in his playing days, and started at the keystone for the O's clubs that won four pennants and two World Series in the six-year span from 1966 through 1971. In his 40s and 50s, he first led the Mets to a 1986 World Series win, then took the Reds from fifth place to back-to-back division crowns, and finally led his Baltimore clubs to back-to-back American League Championship Series. (Ohbytheway, we're fast approaching 30 years since the last world champion O's team. In those three decades, the only two Oriole clubs to reach the postseason were Davey's 1996-97 squads.) So sure, there's a lot of fondness for ol' Davey in Baltimore and even in D.C.

Yesterday, Nationals manager Jim Riggleman up and quit, despite the fact that his team was riding an 11-1 hot streak to put them over the .500 mark, a place Washington has never been at the end of a season. His contract only ran through the end of 2011, and he had grown frustrated by GM Mike Rizzo's refusal to discuss an extension. Bench coach John McLaren was appointed as interim skipper, but rumor has it that the Nats are looking to make another move by Monday. Davey Johnson is already in the front office as a special adviser to Rizzo, and of course he's receiving most of the buzz despite his age (68) and the fact that he hasn't managed in the majors since the Dodgers axed him in 2000. But hey, he's just a pup next to Jack McKeon.
Posted by Kevin at 10:50 PM

So sure, there's a lot of fondness for ol' Davey in Baltimore and even in D.C.

And quite a bit here in my house on the east side of Houston I can tell you that.