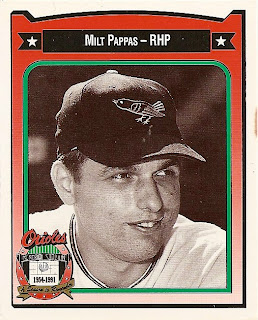 72 games into the 2011 season, I’m getting a creeping sense of familiarity. The Orioles, for all the talk of prospects and youth and rebuilding and ooh shiny new manager, are and forever have been taking one step forward, two steps back. Injuries spread like a fungus through the pitching staff, veteran free agents wheeze along on fumes, the expensive and well-maintained juggernauts in Boston and New York plow the rest of the league under, and we count the empty green seats downtown. For the 14th consecutive summer, it looks like I will be grasping for things to cheer about: individual achievements, quirky statistical anomalies, funny little moments in the midst of otherwise ignorable three-hour games. Celebrate each and every one of those hard-earned wins, because here in Baltimore you only get 65 to 75, never any more than that. Who knows when that next “W” will appear.

So here’s your anomaly for the week: today, Oriole rookie pitcher Zach Britton went 2-for-3 at the plate with a run scored. With 3 interleague games left to be played in National League parks (July 1-3 at Atlanta), Baltimore pitchers have collected 7 hits in 15 official at-bats, a .467 average. They’ve had a pair of doubles, a pair of RBI, and the run that Britton scored. The lefthander got the party started last Friday with an RBI double in his first major league at-bat, and is 3-for-5 (.600) on the year. On Sunday, first-baseman-turned-journeyman-pitcher Chris Jakubauskas collected a pair of singles in three trips to the plate. Jake Arrieta dumped a shallow fly ball into no-man’s land to plate a run on Monday. Last night, Jeremy Guthrie doubled in three at-bats in a losing effort. The only O’s pitcher to bat this year without producing a hit is Brian Matusz, who had a groundout and a flyout in two AB’s on Sunday.

Since interleague play began in 1997, Birds pitchers had never totaled more than five hits in any season. What's more, pitchers on the other 13 American League clubs had combined for 9 hits in 120 at-bats (.075) in 2011 entering play today. Of course, the current batch of slugging Oriole pitchers are not going to threaten Milt Pappas' 11 career homers any time soon - that's the team record at the position. But it's better than watching Daniel Cabrera alternately flail away at the plate or refuse to lift the bat from his shoulder.
Posted by Kevin at 9:31 PM

When they hired Showalter I figured the over/under to be 400 games before they asked him to leave. That works out to April 25th or so of 2013.

Don't see him making it. Sad.

Bob - I wouldn't count Buck out just yet, as ugly as things look right now.