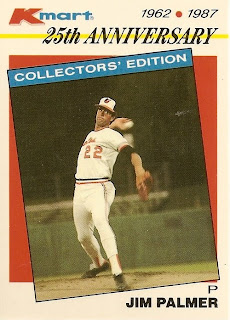 No, you weren't dreaming. The Orioles just completed a three-game sweep of the Red Sox at Oriole Park at Camden Yards, which is exactly one more win than they had all of last year against the Beantown bullies. Two extra-inning wins bookending a five-homer outburst. If it seems like it's been a while, that's only because it has. Discounting those goofy two-game series, the O's hadn't swept the Sawx in a home series since the summer of 1998, when they took a four-gamer behind wins from Jesse Orosco, Scott Erickson, and Doug Johns.

While you're digesting those names, consider the fact that the Birds have never swept a three-game series from Boston at Oriole Park. The last time they brought out the brooms for a trio of home games against the BoSox, it was 1974 - September 2-4, to be exact. That was a pretty remarkable series, as the Orioles whitewashed the Red Sox. In a Monday doubleheader, Ross Grimsley and Mike Cuellar each earned a 1-0 victory. Grimsley and Luis Tiant tossed matching three-hitters in the first game, but Bobby Grich's home run was the difference. Cuellar allowed only two hits in the second game, as Boston's Bill Lee was undone by a three-hit third inning culminating in a Paul Blair sacrifice fly. After a day off on Tuesday, Jim Palmer sealed the deal with another three-hitter on Wednesday as the O's won 6-0. Earl Williams swung the heavy lumber with a two-homer, three-RBI day.

The O's may not have held Boston to eight hits over this past weekend, but they still have a lot to celebrate. It's about time!
Posted by Kevin at 11:52 PM

Glad top see the Birds trip up the Sox. Used to have a soft spot for Boston but it seems like they are becoming the Yankees Lite.

Hard to believe it took that long to sweep a 3 game series at OPACY.