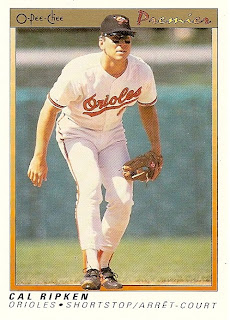 When the Orioles arrived in Baltimore in 1954, Ernie Harwell was there to call their games on the radio. He shepherded Charm City's baseball fans through those lean early years before moving on to Detroit in 1960. But he was back for the emotional farewell to Memorial Stadium in 1991, as his Tigers were the opponent in the final O's game on 34th Street. He made the call when Cal Ripken, Jr. hit into a double play to bring that game to a close.

Today we bid a bittersweet farewell to Ernie, who passed away at home after an eight-month battle with inoperable cancer of the bile duct. He lived a rich and full 92-year life. Rest in peace, Ernie.
Posted by Kevin at 10:23 PM