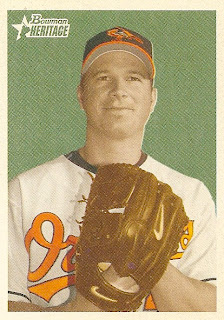 Ah, the spoiler role. The last refuge of the damned as another baseball season churns to a finish. But this year, there's potential for some real fun.

Twelve days ago, we were staring at the depressing inevitability of another postseason featuring both the Yankees and the Red Sox. Boston had opened up a 9.5 game cushion over the Rays in the wild card standings. However, Tampa Bay got hot at the same time that the Sawx got hurt. The walking wounded in Beantown include three-fifths of their preferred starting rotation (who would've figured that Erik Bedard would come up lame?), Kevin Youkilis, and now David Ortiz. Dustin Pedroia is scuffling, and so is our old pal Matt Albers (as Jonah Keri hilariously put it, he came to a sudden, painful realization: "Oh, shit, I'm Matt Albers!"). In less than 2 weeks, the gap has been narrowed to 3 games with 16 games remaining for each team. Despite the comparative health of their respective rosters and all the fun talk of momentum, the reality is this: the Rays need help. They've got seven games upcoming against the Yankees. The Red Sox, as Keri and many others have pointed out, have seven games left against those poor, cobbled-together, playing-out-the-string Orioles.

I might be getting carried away, but the O's hold the fate of those hated Red Sox in their hands. Sure, they've been ground into hamburger with dismaying regularity in their head-to-head matchups in recent memory, but anything can happen in a couple of short series. Hell, the Birds have split their eight games against the Yankees since August 26. After years of loudmouth Boston fans jamming into Camden Yards and arrogantly referring to our beautiful stadium as "Fenway South", I can't think of anything sweeter than sending that big-spending, four-hour-game-causing bunch of bozos home empty-handed in October. I also wouldn't be heartbroken if Baltimore dropped the ongoing three-game set against the Rays, but I won't go so far as to root against them. A proper ass-whipping of the Sawx will do just fine, thanks.
Posted by Kevin at 9:27 PM

I'd love to see the O's mop the floor with Boston for the rest of the season. I wouldn't mind seeing Tampa overtake them but if we do our part, they should get in easily. Also, if Kevin Gregg is a secret agent for the Jays, it was about time that Fat Albers and DL Bedard came out of the weeds too.

Ryan - If Gregg is a double agent, I wish Buck would wise up and stop putting him in games. Fortunately, he went with Jim Johnson last night.