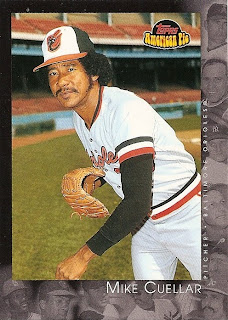 This morning, I rolled out of bed at 8:30 to take part in one of my family's Easter weekend traditions: a Saturday breakfast at IHOP with the extended family on my mother's side (our cabal at the back of the restaurant numbered 16 strong), followed by a visit to the cemetery to pay our respects to Boots and Shorty, my grandmother and grandfather, as well as my great aunt Bee. Boots and Bee were sisters, and they passed away in the summer of 2006 within days of one another. We all still miss them terribly, of course, but our memories and traditions keep them alive. Often we can even imagine what one of them would say in certain situations. I never even met my grandpa, who died of a heart attack 34 years ago - six years before I was born. All that I know is that he was a good-hearted man who cared deeply for his family. When I was growing up, Boots used to tell me often that Shorty would have loved me, would have enjoyed my company, would have been proud of me.

It's never easy to lose those who we've spent our lives with. Obviously I don't feel the losses of baseball players as acutely, but the Baltimore Orioles are still a family of sorts to me. I've spent close to two decades immersed in their tradition, their day-to-day activities, their people. At the end of the day, guys like Curt Motton and Chuck Estrada are still largely just names to me, but yesterday's news of Mike Cuellar's death truly resonated. It was only one day prior that I read the Orlando Sentinel article that alerted me to the fact that he was on his last legs, having been ravaged by illness in a particularly cruel two-month stretch. While the initial news prepared me for the worst, I still hoped a vain sort of hope that he would have a miracle recovery.

I never saw "Crazy Horse" pitch, but I knew from a young age that he was one of the giants of my favorite team's past. I knew the accolades and numbers: four 20-win seasons, the first Latino (and first Oriole) to win the Cy Young Award, seven straight years with 248 or more innings pitched, the grand slam in the 1970 ALCS, the clinching win in the 1970 World Series, fourth in franchise history in wins with 143. But by all accounts he was also a warm and selfless person, helpful and congenial to teammates and friends and peers. He struck up a friendship with manager Dave Trembley over the last few years, working his way back into the O's organization as a spring training instructor. He was ours, and we were his. But nothing can take that away. Miguel Angel Cuellar Santana will always be a Baltimore Oriole.
Posted by Kevin at 5:04 PM

Well done today, Kevin. Mike Cuellar was special to a lot of O's fans, myself included. My Dad and I found ourselves sitting next to him on one of our first trips to the Astrodome. He was charting pitches for the 'Stros from a seat right behind home plate and my Dad had scored terrific company tickets next to those. And a few years later in Arlington Mike tossed baseballs to both my brothers as he did some pregame running on the warning track.

Bob - Check out this blog post by Dan Connolly. Lots of fellow O's fans sharing their memories of Cuellar.

Thanks for the link Kevin. I went over there and posted.
It dawned on me last night that it was Cuellar who pitched so well in Game One of the '69 ALCS against the Twins. It was such a great win for us. Also significant in that I was 'set up' on a date for the game with a friend of my aunt's family. I had a serious crush on her.