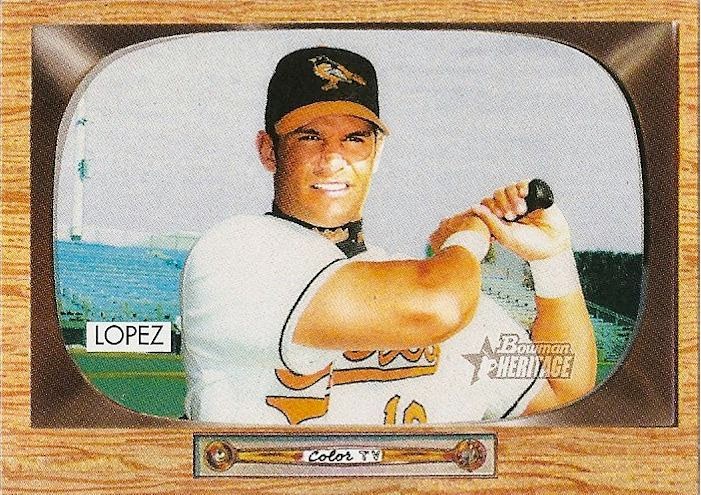 The stands behind Javy Lopez are empty because this photo was taken during Spring Training in Fort Lauderdale. But tomorrow, due to the continuing unrest in Baltimore, the Orioles and White Sox will play the first game in MLB history to be closed to the public. It will be televised on MASN, and it will be a bizarre spectacle to see the O's playing in an empty Camden Yards. Even though the Birds have lost four home games (this weekend's series vs. the Rays is being moved to Tropicana Field) and a scheduled off day (an Orioles-White Sox makeup doubleheader has been scheduled for May 28), it's important to remember that there are people in our city who have lost much more, and that is at the center of this week's upheaval. Hopefully we can take steps to right the things that have gone wrong in Baltimore.
Posted by Kevin at 10:08 PM