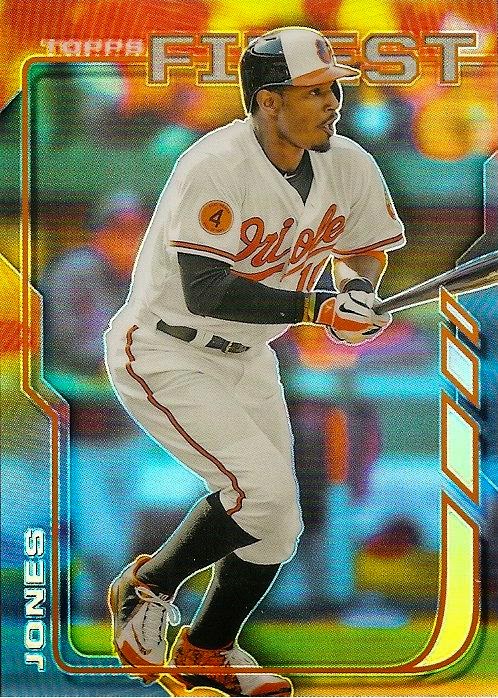 The Orioles are not exactly in midseason form yet, but Adam Jones is swinging a hot bat. Tonight he had his third home run (and fifth extra-base hit) of the team's first homestand, allowing him to leapfrog Brady Anderson for second place on the all-time HR list of Oriole Park at Camden Yards. That's 92 homers for Jonesy in Baltimore's home park, and 172 total in parts of ten seasons. Next he can take aim at Rafael Palmeiro's career record of 124 Camden Yards longballs. At the rate he's going, Adam might do it by the end of 2016.
Posted by Kevin at 10:19 PM