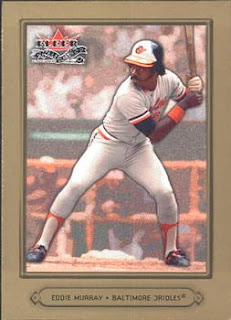 As you may remember, when the Orioles are playing especially poorly, I throw up the Eddie Signal. It's like the Bat Signal, but with sideburns and mustache in place of cape and cowl. Rarely in recent years have things looked so dire. 19 games into the season, the O's are 5-14, scraping the bottom of the barrel. They've been swept thrice in six series this year, and are staggering back to Baltimore tomorrow night on the heels of an 0-6 road trip to Boston (understandable) and Detroit (inexcusable). Chris Tillman is looking just as cooked as he was last year, Alex Cobb is not exactly in midseason form, and Mike Wright Jr. is exactly who we thought he was. Zach Britton, Mark Trumbo, Colby Rasmus, and Jonathan Schoop are hurt. Trey Mancini, Manny Machado, and Pedro Alvarez are the only guys who are hitting at all. The defense is uncharacteristically sloppy. To sum it up in one word, yuck.

The good news? Dylan Bundy pitches tomorrow, and he's been as good as the Birds could've hoped. After a road-heavy early slate, the Orioles will actually get to settle in for a ten-game homestand, which can't hurt. I have tickets to tomorrow night's game, and so far I've witnessed the team's only two home wins in 2018. Also, Fleer gave Eddie Murray card number 33 in this set, and I can't tell you how much that pleases me.
Posted by Kevin at 8:10 PM

Thant's a nice card. I'll have to track one down.

I saw a Machado quote today about things improving. I hope he's right. But I'm not very confident.

I feel like everything's going wrong. When we actually score runs the pitching implodes. When we pitch well the offense is non-existent. And why is Ryan Flaherty suddenly the best hitter in the NL???

The Orioles have the 3 rd worse pct. in the Majors and the team with the worse pct just relieved their manager. Buck just cannot work wonders with what he has. Long season

Bob - At least Manny's trying to lead by example.

Rob - The Flaherty thing kills me. Even when he's had modest hot streaks in the past, he's always been a terrible hitter at the beginning of the year. I just chalk it up to weaker competition in the NL, for the sake of my sanity.

Alan - Yeah, Buck's done more with less for years. There are plenty of folks I'd blame before him.