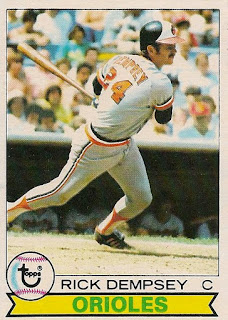 Yeah, it's only been two weeks and I'm already going through some serious Orioles withdrawal. During the 2015 season, the team added a highlights video to the pregame ritual. As the song "Magic To Do" from Pippin played over the PA system at Camden Yards, clips of O's players and fans both past and present flashed on the center field video board. The first couple of times I saw it live, I rolled my eyes a bit at the schmaltziness of the tune, but ultimately I'm not made of stone. Throughout the video, images of the Birds of the 1960s, 1970s, 1980s, and 1990s were juxtaposed with the current team. I'm a sucker for that kind of thing. You have to know your roots. By the end of the season, I found myself looking forward to watching that two and a half minute video prior to each game. That brings us to this Friday night in mid-October, as I'm vacillating between packing and piddling around on my phone. "Magic To Do" got stuck in my head, completely unbidden, and I had no choice but to see if I could find the video online. I did, and even though it was recorded on somebody else's phone and the sound was somewhat compromised by the chatter of nearby fans, I may have watched it two or three times. And now I'm sharing it with you. No need to thank me.

Come back, Kevin! Put down the moving boxes, pick up some junk wax, and post some O's cards with acid-trip themed designs!

When are you going to start posting new Oriole card photos?