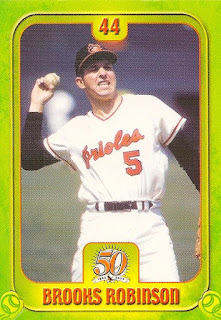 Brooks Robinson's career high in home runs was 28, coming in his MVP season in 1964. Eddie Murray, who racked up 504 homers in his Hall of Fame career, never hit more than 33 in a single season. Cal Ripken peaked at 34 four-baggers, a number he reached in 1991 en route to his second MVP award. Tonight I braved the cold damp weather and bitter October winds to see Manny Machado (who, I feel the need to remind you, is only 23 years old) hit his 35th home run of the year - his fifth in the last four games - as the O's wrapped up a doubleheader sweep of the Yankees with a 4-3 win in the nightcap. A win in tomorrow's season finale would allow the Birds to end 2015 with a five-game win streak and a break-even record of 81-81. A victory tomorrow afternoon would also possibly deny the Yanks home-field advantage in their wild-card playoff game on Tuesday; they are one game ahead of the Astros, and Houston holds the tiebreaker. If you can't go to the postseason yourself, you might as well play spoiler.

Please give us the home WC game!