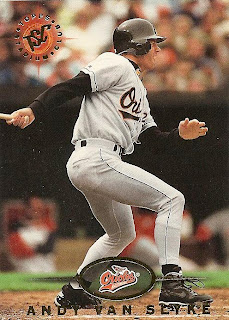 Yesterday, Matt Wieters had the honor of hitting the Orioles' first home run of the 2013 season, breaking the seal with a first-inning, two-run blast off of reigning American League Cy Young winner David Price. That got me wondering: who was first in each of the previous 59 seasons of O's baseball? Through the magic of Baseball Reference, here's your list.

Some notes of interest: