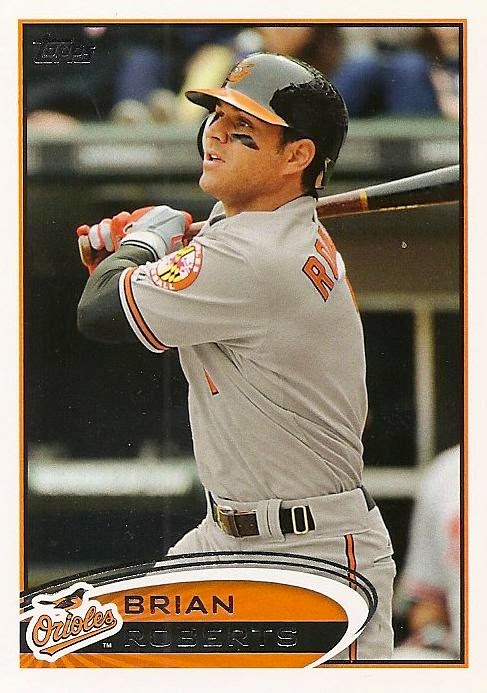 I'm home from Sarasota, and it looks like I might have brought some warmer weather home with me. I'll share some photos from Ed Smith Stadium tomorrow, but I didn't want to bury the unexpected highlight of the trip. On Sunday afternoon, I met Brian Roberts.

We were staying with my brother-in-law Robby and his fiance Jordan; they live 15 minutes away from the ballpark. They'd already mentioned that Jordan's family had made the former Oriole's acquaintance. When we arrived on Thursday evening, Jordan told us that his folks would like to meet us, and that his nephew's fifth birthday party was Sunday. He said that Brian Roberts might be stopping by as well, but I took that to mean it wasn't a sure thing.

We stopped by the party site, Bounce Down Under - "Sarasota's largest Aussie-themed indoor inflatable party and play center" - on our way to that afternoon's O's-Twins game. I was busy trying not to look out of place at a kid's birthday party when Robby pointed out that Brian was right in front of us. Jordan handled the introductions, and Brian was very friendly. He asked who the Orioles were playing, admitting that he wasn't keeping close tabs. (Really, who does? It's the Grapefruit League.) I told him that it was our first spring training visit to Sarasota, but that it seemed like a much better venue than Fort Lauderdale, where I'd taken in a few games in 2008 when the Birds were still training there. He assured me that he loved the city itself, but that the Orioles' former facility was "a dump".

My wife, my sister, and I stayed long enough to have pizza and cake, and I debated approaching Roberts again to ask for a photo. However, he was busy with daddy duty most of the time, and I didn't want to impose. But as we were about to leave, Brian actually took notice and said that it was nice to meet us. I took advantage of the opening and asked if he'd mind posing for a picture. As you can see, I might be taller, but Brian has a much better tan. My sister is on the right; my wife was the photographer. 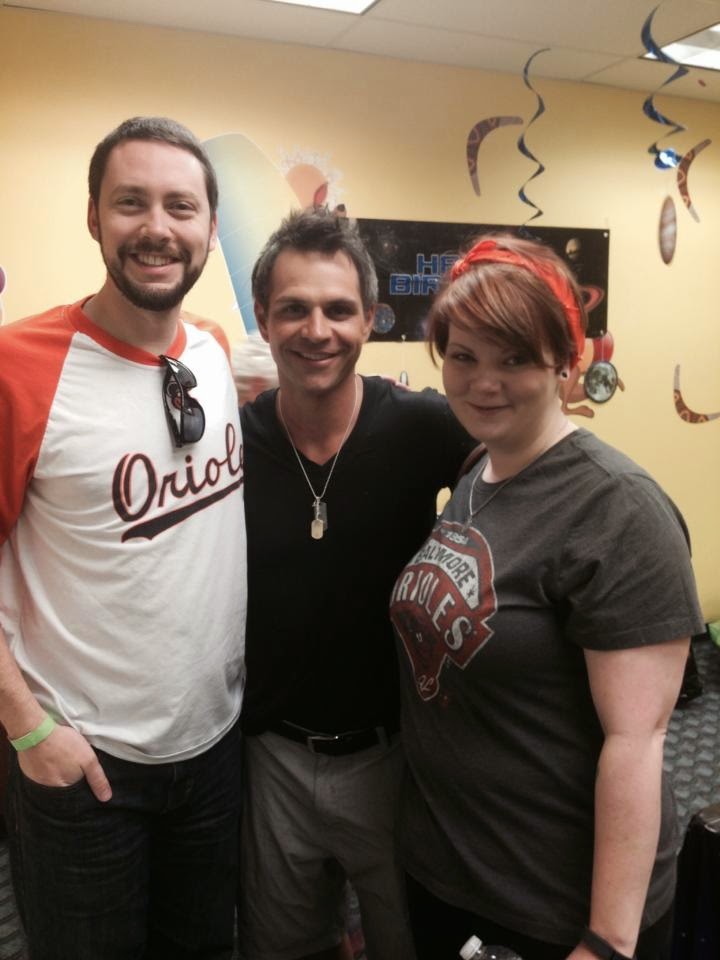 So that's how I met Brian Roberts while standing mere feet away from an inflatable basketball court and an unfortunate person in a furry kangaroo suit.
Posted by Kevin at 10:16 PM

That's pretty cool! Looking forward to your impressions and pics of Sarasota and Ed Smith.

Awesome! That's a great memory. Isn't it odd being older and meeting former players? It's like...they're equals, but their job is just so much cooler.

They say it takes 6 connections to know a famous person (in this case less) That is awesome!

My wife loves Brian, so I told her there had been a "Brian sighting" and I showed her this post. She really enjoyed it, so on behalf of Mrs. Shlabotnik I thank you.