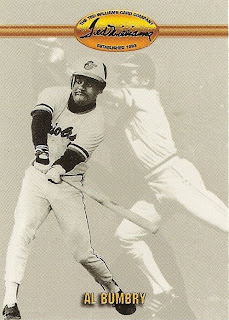 Last night was one of my most enjoyable experiences at Oriole Park at Camden Yards, and it went far beyond the game. Last week, Stacey at Camden Chat was kind enough to clue me in on a "Blogger Night" that the Mid-Atlantic Sports Network was organizing. So I gladly ducked out of work an hour early and took the train from D.C. to Baltimore. At 5:30, I met up at the Home Plate Plaza with a pretty strong representation of Birdland's best unpaid journalists: Stacey, Bill, and Johnny from Camden Chat, Neal from The Loss Column, and (I hope I'm not forgetting anyone) folks from The Wayward Oriole, Dempsey's Army, Roar from 34, Baltimore Sports and Life, Baltimore Sports Report, Oriole Post, and Oriole Magic. It was great to put some faces with names, and frankly it's encouraging and astounding that a baseball team that's been in the wilderness for so long has inspired such a group of dedicated and talented writers. It's even cooler that some of them made the trip from out of state (New York, North Carolina, and Georgia, if I recall).

When everyone was accounted for, our gracious MASN hosts (Todd Webster and Kristin Hudak) took us up to the press level, where we briefly met field-level reporter Amber Theoharis (who is as charming in real life as she is on television). Then we had an audience with the TV announcing team of Gary Thorne and Buck Martinez, both of whom are shorter than yours truly, incidentally. Gary's voice is as deep and commanding as Buck's is nasal. I'm not a fan of the former Blue Jays and Royals catcher, but anyone who could put together a two-decade broadcasting career with that voice must be doing something right. The duo answered a few questions and described the exhaustive amount of preparation that goes into calling a baseball game, and explained that they don't really follow any blogs for a variety or reasons, including generation gap and time constraints. I appreciated their honesty, and could certainly understand that. After all, I spent a long weekend away from my computer and came back to find 300+ posts waiting for me in my RSS feed. Blogs are an entertaining and informative time-suck, you know.

Next we wandered down to the bullpen picnic area, where Jim Hunter and Rick Dempsey were recording the live pre-game show. Todd gave us some more information on MASN (they've been increasing the number of games broadcast in high-definition each year, and next year they're hoping to get the go-ahead from the cable providers to air each and every O's and Nats game in HD; they'd be interested in providing more original content like documentaries and talk shows, but for the first few years, just producing and airing the games took most of their focus; and so forth).
Finally, our motley crew piled into the MASN suite. If you ever have the chance to watch a baseball game from a suite, do it; you'll get spoiled. We shared the suite with a group of Gregg Zaun's family and/or friends, and we were all on our best behavior in matters concerning the veteran catcher. I took advantage of the fridge (stocked with beer, water, and soda) and the various spreads of finger foods (chicken wings and tenders, potato skins, mozzerella sticks, etc.), crab cakes, and cookies. I even ended up taking home a carry-out box full of those crab cakes, at the insistence of one of the event staff. It took a lot of convincing, I assure you.

Various MASN talent stopped in throughout the night. Rick Dempsey watched most of the game on the flat screens in the suite and seemed to take copious notes. I briefly talked to him about the season-long infusion of young talent. In the middle innings, I introduced myself to longtime O's reporter Roch Kubatko. While we were talking, Orioles GM Andy MacPhail appeared on-camera in the broadcast booth and a hush fell over the suite. I didn't realize it at the time, but he'd just announced that top prospect and mythological hero Matt Wieters would officially be making his major league debut in this Friday night's home game against the Tigers. That explains why Roch rushed off almost immediately afterward. But the most unexpected moment came when I spotted Al Bumbry across the room, helping himself to a meal. When he walked over to the partition between the suite and the adjoining balcony to watch the action, I came over to say hello and to ask him what brought him there. "Just hanging out", he replied. Such are the perks of being the 1973 A.L. Rookie of the Year.
We also got to meet Greg Bader and Monica Pence, two of the Birds' top dogs in communications and public relations, and there was a late-innings tour of the MASN production truck in the bowels of the B & O Warehouse. It was overwhelming to see 20 people parked in front of dozens of monitors and laptops; sometimes you take for granted all the work that goes into bringing a ballgame into your living room.

Speaking of the ballgame...believe it or not, I did find time to watch it! Of course, with a temperature in the fifties and a steady light rain for a Tuesday night game against the Blue Jays, I didn't have much company. I was part of a Camden Yards-record-low crowd of 10,130 (paid attendance; my eyeballs told me that the butts in the seats were even fewer). I was thankful to be able to retreat indoors, but I did sit outside for most of the first and last few innings, as well as the odd moment in between. O's starter Jason Berken didn't light the world on fire in his big league debut, but he kept his cool and Houdini'd his way out of ten Toronto baserunners, allowing just two runs in five innings. Perhaps bolstered by the news that Matt Wieters was on his way, the Baltimore bats picked up the slack from the middle of the game onward. Aubrey Huff, Adam Jones, and Nolan Reimold all hit no-doubter home runs, and Matt Albers and Jim Johnson slammed the door shut with four innings of scoreless relief. It was the perfect capper to an exciting night of VIP treatment.
Thanks again to MASN and the Orioles for reaching out to some of your most vocal and dedicated followers, and for not asking for any special treatment in return. A little effort goes a long way.
Posted by Kevin at 9:21 PM

I took a guided tour of the park a few years ago, and your account brought back several memories.

Of course, there weren't all the ex-players and front office types around when I took the tour (the Orioles were on the road). So that sounds like great fun.

Great article - I am quite envious. I have been in a suite a few times, in fact my first date with my wife was at an Orioles-Red Sox game in '93 - her boss owned a suite (at least partially) and took the employees to a few games each year.

Night Owl - It's definitely a great place to be, no matter the circumstances. I'm glad that the park was built when it was, and not any later: I just watched the Nats/Mets game tonight, and I can't believe all of the manufactured faux-quirks just for the sake of quirkiness.

Tim - That's a heckuva first date! I guess you knew early that she was a keeper. :)

Nice write-up, Kevin. It was great meeting you and hanging out! I wowed everyone at work today with my VIP treatment. They were jealous, I could tell :-)