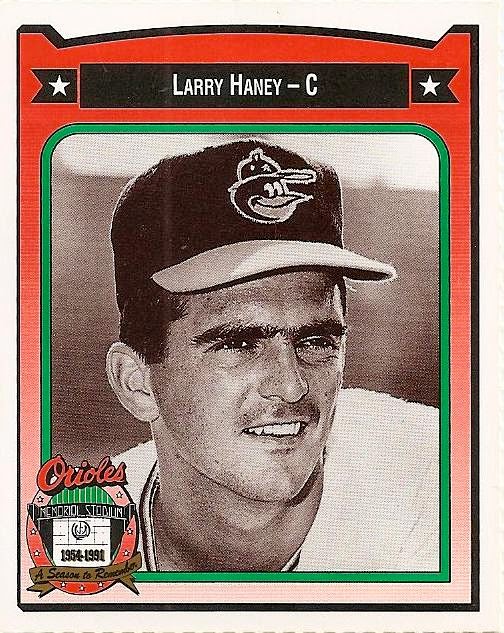 1. He was born on November 19. Notable players also born on that date include Ryan Howard, Bob Boone, and Roy Campanella.

3. Larry hit his first career home run on July 27, 1966 at Memorial Stadium in a 7-1 O's win over Cleveland. The opposing pitcher was John O'Donoghue, who would go on to pitch in Baltimore in 1968. (John's son also pitched in the majors, getting a brief turn with the Orioles in 1993.)

4. He was chosen by the Pilots in the expansion draft, and played for the ill-fated club in their one and only season in Seattle in 1969. He batted .254 in 22 games before being traded to Oakland.

5. Haney won World Series rings with the 1966 Orioles and 1974 Athletics, but his only postseason experience consisted of four innings as a defensive replacement in the '74 Fall Classic.
Posted by Kevin at 10:34 PM