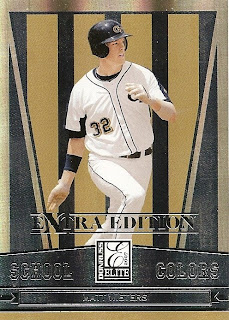 He's coming! About 20 hours from now, I will be at Oriole Park at Camden Yards to witness Matt Wieters' MLB debut. If you're not an O's fan, I just don't know how to explain the delirious excitement that's gripping our battle-tested little fan base right now. It's like Christmas, your birthday, summer vacation...every wonderful day that you've ever anticipated for weeks and months in advance all rolled into one. The Birds are starting to show signs of life, and it coincides with the youth movement that is only just beginning. Tonight, David Hernandez became the fourth Baltimore starter this year to win his major league debut, something that hasn't happened since at least 1900 if I heard correctly (Koji Uehara is included - that's a bit of a cheat, but still). Nolan Reimold hit a home run for the third straight game tonight, and refuses to be ignored. But tomorrow, the Alpha Rookie takes the field.

You might have seen Matt Wieters Facts, which is just the latest take on the Chuck Norris Internet meme. The thing is, this hype and hyperbole is only a natural progression from the actual true stories that are out there about the kid. His freshman year at Georgia Tech, he hit a go-ahead home run, then took to the mound and earned the save, prompting his teammates to playfully nickname him "God". During Spring Training, O's manager Dave Trembley took him aside before an at-bat in a game-winning situation. He advised him: "If he pitches to you, make him pay." Wieters delivered the big hit. This past Tuesday, he was informed before his game at AAA Norfolk that he would be playing in Baltimore on Friday. He responded with a 4-4 night and 4 RBI. Then there are his minor league stats, which are worth several paragraphs in and of themselves.

Happy Matt Wieters Eve, everyone. I can already feel the Yard rocking.
Posted by Kevin at 10:49 PM

here's hoping it is more impressive than the debut of uber-prospect fernando martinez, who decided running to first on a pop-upwas just too much trouble...

Ouch, I saw that. Luckily, the opponent was the Nationals, so no harm done in the end.