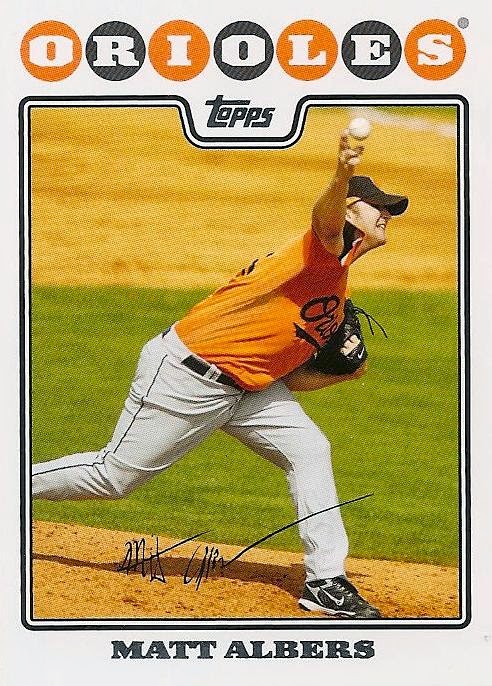 I've been tapping away in this little corner of the Web since 2008. I've published 2,377 posts, some without any words at all, some with very many words. But I don't think I've ever posted an entry that was just one word long. I've also never posted a card of husky ex-O's reliever Matt Albers, who is now a free agent after the Astros declined a $3 million option on his contract. In his return to Houston, Albers allowed a single run in ten innings in April, then missed the rest of the season with a bum shoulder. Might the Orioles give him a look? I wouldn't count on it, since competition is always stiff in the Baltimore bullpen and he's a 32-year-old middle reliever who doesn't typically strike out a lot of guys. Then again, if you thumb back through my archives, you'll find that I'm a pretty poor prognosticator.

Okay, so I mark off the imaginary "Matt Albers" box on my blog checklist. But it's safe to say that the one-word entry will have to wait for another day.
Posted by Kevin at 8:11 PM