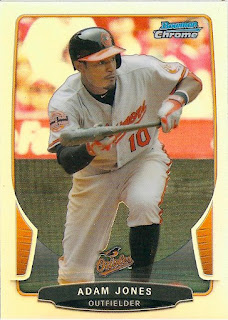 After the O's failed to defend their American League East crown in 2015, needing a hot finish just to break even at 81-81, I harbored some hope that the team would be able to siphon off some of the "even year mojo" that has famously allowed the San Francisco Giants to win the World Series in 2010, 2012, and 2014 despite the team failing to even reach the postseason in 2009, 2011, 2013, and 2015. Some sort of orange and black solidarity, you know?

32 games into 2016, the even year phenomenon has been a blessing for the Birds. They're in first place with a 20-12 record and a league-best 49 home runs, including the four they blasted in today's 9-2 laugher over the Twins. They're setting all sorts of fun team records, including a seven-game win streak to start the regular season, a first-ever extra-inning shutout win over the Yankees, and their active streak of three straight games featuring back-to-back home runs.

Speaking of touching 'em all, Adam Jones is finally showing signs of life after a slow and injury-marred start to the year. He blasted a towering homer for the second game in a row this afternoon, and went 6-for-10 in the abbreviated two-game set in Minnesota with four runs scored and five RBI. It's early enough in the season that he's boosted his triple slash (AVG/OBP/SLG) from .200/.269/.274 to .238/.298/.362 with a pair of strong showings. If he's righting the ship, Machado/Jones/Davis/Trumbo is a brutal gauntlet for opposing pitchers to navigate.
Posted by Kevin at 10:18 PM

Have you ever thought about lobbying the O's to see if they'd bankroll you to create some sort of licensed compilation of this site or even hire you as a PR or marketing guru? I dunno what you do for a living and I have no clue how much you enjoy it, but there's no way in Pete Stanicek's green Earth that the O's front office wouldn't open a position for you.