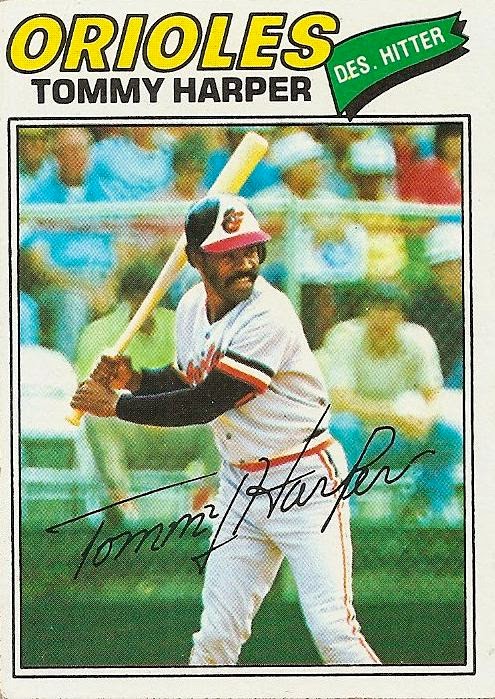 Things to appreciate about this card:

-The abbreviation of Tommy Harper's position as "des. hitter". It's hard to squeeze "designated hitter" into that tiny pennant.

-I also have Harper's 1965 Topps card. Aside from the wide grin, he looks quite different. (No, I don't know why the scans are appearing in black and white. Photobucket is weird.)

-The fuzzy crowd scene behind Tommy looks painted on...very impressionistic. Plus, the fans are restrained by a chain-link fence. Pretty swanky!
Posted by Kevin at 10:28 PM