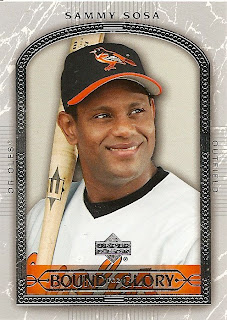 As I alluded to yesterday, the Orioles traded two low-level minor leaguers to the Phillies for designated hitter Jim Thome, who will turn 42 in late August. I'm going to silence the nagging voices in my head that are telling me that the last thing the O's need is another guy who can't play defense, because Jim Thome is one of the most delightful human beings currently playing baseball. He's just a big, gregarious slugger who always seems to have a smile on his face. Since making his major league debut with the Indians in September 1991, he's hit 609 home runs. The first time he clears the fence in an Orioles uniform, he will pass Sammy Sosa for sole possession of seventh place on the all-time list; that's just the icing on the cake.

Oh, and did I mention that he once dressed as Paul Bunyan for a ticket ad for the Twins?
Posted by Kevin at 6:10 PM