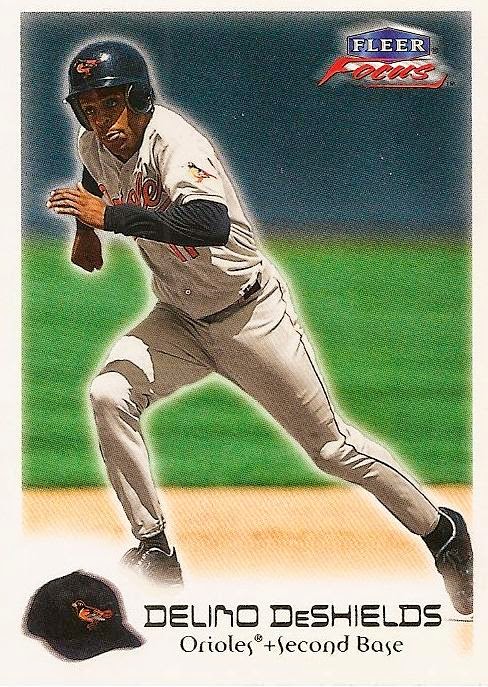 I noticed the other day that Delino DeShields' son (also named Delino) is playing with the Rangers. Texas drafted him as a Rule 5 selection from the Astros over the winter, and kept him on the big league roster for Opening Day rather than risk losing him back to Houston. Delino had an infield single in his first career plate appearance on April 8. He's struggled since then, going 2-for-15 with a walk and a double overall for a batting line of .133/.188/.200. Of course, like most Rule 5 picks, he has played sparingly, starting only three games in left field and earning most of his playing time as a late-inning defensive replacement or pinch runner. But the younger DeShields is only 22, so he's got some time to figure it all out.
Posted by Kevin at 9:28 PM

Don't remember who it was on tv or radio (or exactly why) that called him "De-Lino De-Sheilds De-Dundalk", but now that's what I immediately think when I hear his name.

attractive for visitors and make this blog became popular on the internet, can yoo see my blog produsen jaket kulit many

articles that are useful thanks admin