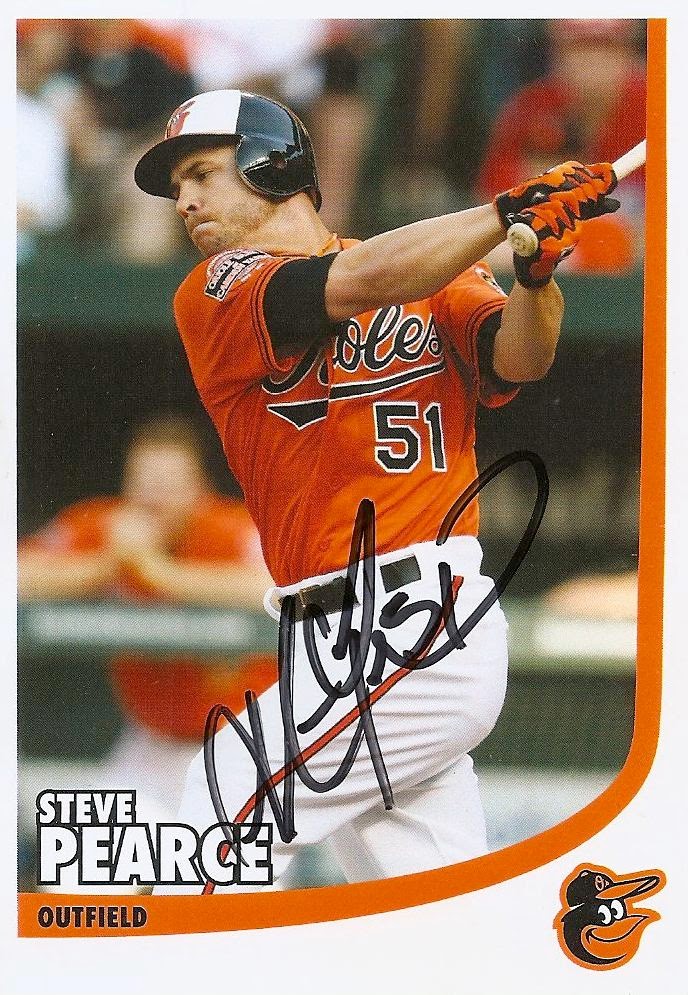 Steve Pearce broke out of his second-half doldrums today, helping the Orioles avoid a sweep at the hands of the Indians. The journeyman led off the sixth inning with a double and scored the tying run, sparking a two-run rally to give the Birds a lead they would not relinquish. He also provided some welcome insurance with his 12th home run, a solo shot in the seventh inning that was positively crushed.  According to the MASN broadcast, the MLB average speed for a ball struck off the bat is 77 mph; Pearce's blast against Chen-Chang Lee was over 100 mph. Chris Davis also had two extra-base hits, a pair of doubles. The second of those put the O's up 2-1. Jonathan Schoop's 12th homer made it 4-1, which was the final score. Kevin Gausman struggled with his control but permitted only two hits in six innings, and Darren O'Day, Andrew Miller, and Zach Britton each tossed a scoreless inning in relief. That's 70 wins for Baltimore, a number they didn't reach once between 2007 and 2011. This isn't your slightly older cousin's Orioles team.
Posted by Kevin at 5:51 PM