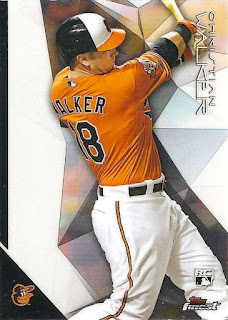 There was baseball today! Well, sort of. Ryan Flaherty batted leadoff for the Orioles in their Grapefruit League opener, the team used eight pitchers, and they settled for a 4-4 tie with the Braves after ten innings. But it's all good. Christian Walker drove in the first run of the spring for the Birds, plating Flaherty in the top of the first inning. He also had a two-run homer later in the game; after a so-so 2015 at AAA Norfolk (.257/.324/.423, 18 HR, 74 RBI), the 25-year-old is starting the exhibition slate on a positive note.