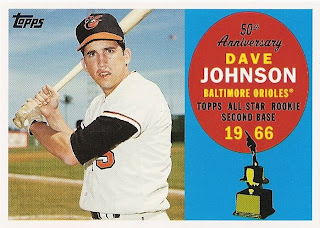 To start on a positive note, the fact that this year's Orioles team didn't hit a true rough patch until May is commendable. With that said, it's not a whole lot of fun watching any team lose, especially the way this West Coast road trip has gone. The pitching has more than held up its end of the bargain, with Brian Burres coming from near nowhere to serve as a dependable fifth starter, Daniel Cabrera putting together five straight quality starts for the first time in memory, and Garrett Olson making a strong return from Norfolk. We've finally got some guys who can throw the ball, but they're getting no support from a bare-bones offense. The Birds just got swept in excruciating fashion, losing two games in the tenth inning, and a third by just two runs. As the hitters continue to struggle, they start pushing and making stupid mistakes elsewhere - on the basepaths and in the field.

So here comes Davey Johnson as a slumpbuster. He may not be a blow-up doll, but he was a valuable member of Baltimore's first-ever World Series Champs in his rookie season. He played in four Fall Classics in his seven full seasons here, and returned as a manager in 1996 to deliver the O's to the postseason for the first time since 1983. After a wire-to-wire American League East Championship run in 1997 ended in disappointment with an ALCS loss to Cleveland, the reigning Manager of the Year was forced out by owner Peter Angelos in a power struggle. The rest is history, a history checkered with losses.

Davey Johnson has always been a winner, both on the field and in the dugout. If he can't snap us out of this mini-skid, then I just don't know who can.
Posted by Kevin at 11:00 PM

Davey Johnson - Oh how I wish he would've stayed on as O's manager. We can only wonder. I did read that he's managing the US Olympic baseball team this summer in Beijing. Best of luck to him & our minor leaguers. And since Davey's a winner everywhere he goes, maybe he can lead our Major Leaguers in the next World Baseball Classic in 2009.

As for the O's hitting woes, dare I suggest that Barry Bonds is available? Thankfully, I think the organization has finally given up on high-priced, over-the-hill free agents. Let the kids play!